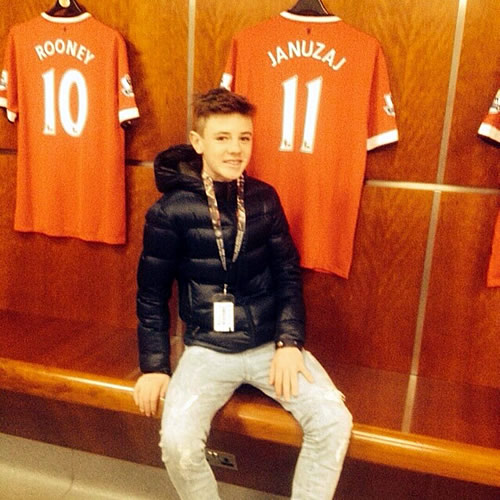 Meet Indy Boonen, the 16-year-old midfielder Manchester United have just signed on a three-year contract, according to reports in Belgium.

The teenager, who was released by Belgian side Genk last summer, was invited for a trial at Carrington after impressing Manchester United scouts in a friendly in 2013.

Now, the left-footed playmaker has signed a deal with the Red Devils until 2018, according to newspaper HLN.

“It’s like in a dream,” Boonen told HLN. “The training sessions are hard but I don’t feel the tiredness when I realise I have signed for Manchester United.”

Boonen posted the picture above on his Facebook page back in January. Manchester United, however, are yet to confirm the deal.

Boonen’s father, Jacky, was a professional footballer for the Belgian sides Lierse, Beveren and Lokeren and also played for Dundee.

The teenager is viewed by his father as a player who could end up playing in the No10 role.

The Red Devils have also reportedly been tracking the progress of Boonen’s 13-year-old brother Seppe, who is a goalkeeper. The Premier League outfit would not be able to sign him until he turns 16, however.