Arsenal midfielder Aaron Ramsey chills out with his new puppy 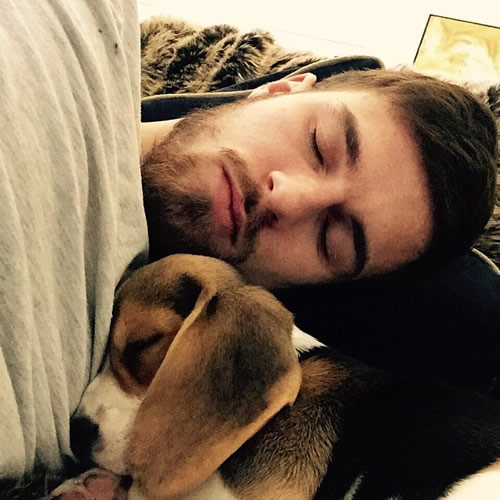 Aaron Ramsey made the most of some downtime on Tuesday as the Arsenal midfielder enjoyed an afternoon nap with his new puppy.

The Wales international featured for the Gunners as Arsene Wenger’s men ran out impressive 5-0 winners over Aston Villa at Emirates Stadium in the Premier League on Sunday afternoon.

And the midfielder enjoyed a rest after training on Tuesday as the north London side prepare for this weekend’s derby clash with Tottenham Hotspur at White Hart Lane.

The former Cardiff City man took to social media last month to welcome his dog into his family, asking fans to help him come up with a name for his new pet.

The 24-year-old has scored five goals and made three assists in all competitions for Arsenal so far this season.

Ramsey missed the busy festive period with a hamstring complaint but made three appearances in January.