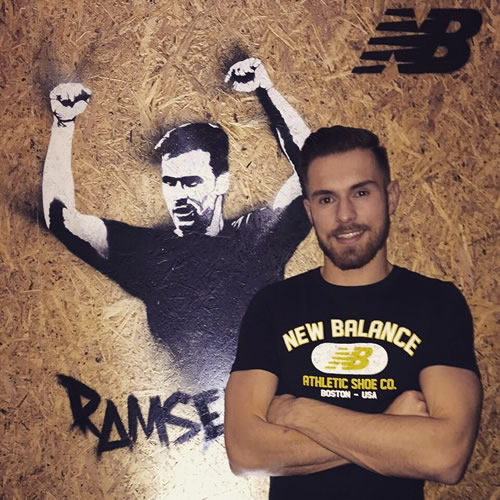 Aaron Ramsey was all smiles as he attended the New Balance football launch event on Wednesday night.

The Arsenal midfielder has been wearing the sports brand’s boots this season and declared himself as “excited” to be associated with the firm.

He shared the photo above of him wearing a New Balance t-shirt and wrote: “Great evening at the @nbfootball launch event. Excited about being part of the team #NBFootball.”

Manchester United’s Adnan Januzaj and Manchester City’s Samir Nasri are among the other Premier League players to have signed for New Balance.

Ramsey has been in good form for the Gunners so far this season. The 24-year-old has scored five goals and made three assists in all competitions. 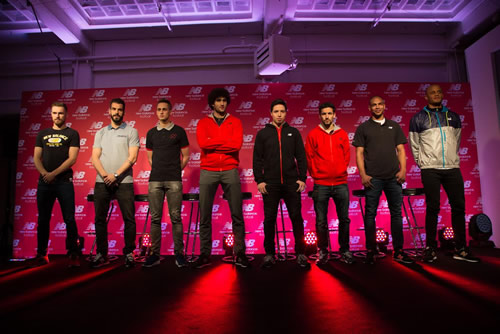 He missed the busy festive period with a hamstring complaint but made three appearances in January.

The Wales international featured for the Gunners as Arsene Wenger’s men ran out impressive 5-0 winners over Aston Villa at Emirates Stadium in the Premier League on Sunday afternoon.

Arsenal’s next game is a trip to north London rivals Tottenham Hotspur on Saturday afternoon.