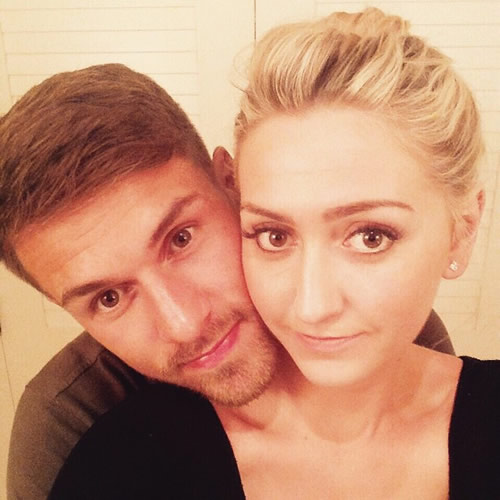 The Arsenal midfielder played 77 minutes as Arsene Wenger’s side ran out impressive 5-0 winners over Aston Villa at Emirates Stadium in the Premier League on Sunday afternoon.

Ramsey tied the knot with his childhood sweetheart last summer, and the Wales international posted a selfie with her on his Instagram account on Monday.

He shared the photo above and wrote: “Happy birthday to my lovely wife.”

The 24-year-old has been in decent form for Arsenal so far this season. He has scored three goals and made two assists in the Premier League, while also netting twice in the Champions League for the north London side.

He has made a total of 21 appearances this term after missing the busy festive period with a hamstring injury.

Ramsey will be expected to feature when Arsenal take on north London rivals Tottenham Hotspur at White Hart Lane next weekend.

MORE: Sanchez not close to being fit, says Wenger

Photos: Sturridge, Ibe all smiles as Liverpool train ahead of cup clash