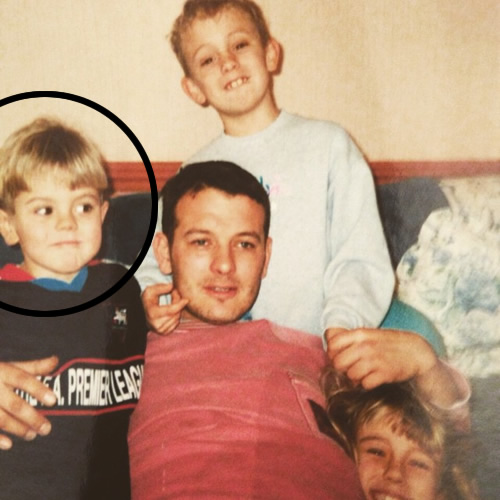 Jack Wilshere took to social media on Thursday afternoon to upload a picture of himself as a young boy with dreams of being a Premier League footballer.

The Arsenal midfielder used his Instagram account to share his Throwback Thursday snap of him and some of his family members from a number of years ago.

The Gunners star was clearly not proud of his former hairstyle however, as Wilshere uploaded the photo to his account and wrote: “#TBT to the bowl cut days…rocking a premier league Tee!! Dreams can come true! #ThanksForThatTrimMum #PapaWasAproblem”

Arsene Wenger confirmed on Thursday that Wilshere is back available for selection again after recovering from ankle surgery.

The midfielder has been missing since late November after damaging ankle ligaments during the 2-1 defeat by Manchester United and requiring an operation.

However, the 23-year-old could be involved when Arsenal travel to Crystal Palace in the Premier League on Saturday afternoon. Wilshere has scored one goal and made one assist in nine top-flight games this term.

The Gunners are currently fifth in the Premier League table.

Photo: Arsenal and Chelsea legends all smiles after being reunited on TV