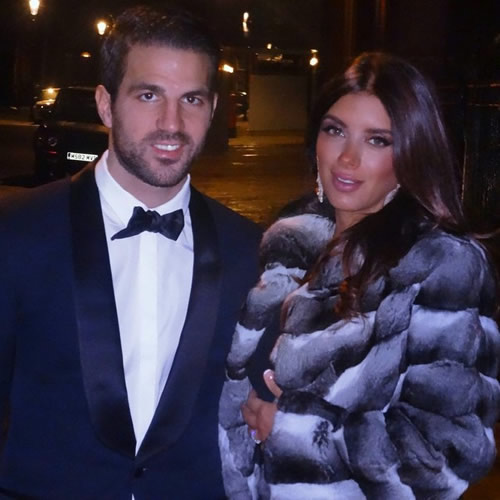 Cesc Fabregas looked in good spirits as he and his girlfriend Daniella Semaan dressed up to attend the British Asian Trust dinner in London on Tuesday night.

The event was held at at Banqueting House and the Chelsea midfielder was introduced to the Prince of Wales, who is the president of the the charity he started after he was moved by the poverty he witnessed in South Asia.

And Fabregas took to social media on Wednesday night to post a picture of himself with his partner before the dinner.

Fabregas shared the photo above and wrote: “Last night with my beautiful @4ladyd.”

MORE: Fabregas to become father for a second time

Fabregas has been in top form since his return to the Premier League. He has scored two goals and made 15 assists in the top flight to help Jose Mourinho’s men lead the way at the top of the table.

Olympique Lyonnais teams up with viagogo to develop international ticketing