Oscar was rested for Chelsea's clash against Everton on Wednesday 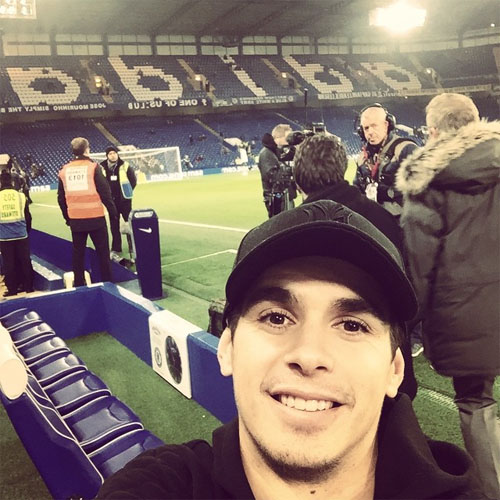 Oscar snapped a selfie in Stamford Bridge ahead of Chelsea’s clash against Everton on Wednesday night.

The Brazil international was rested for the visit of the Toffees due to a small injury concern after he featured in the west London side’s 2-1 victory over Aston Villa on Saturday.

Oscar has been a mainstay of Jose Mourinho’s side this season, scoring six goals and making seven assists in 20 Premier League games.

The 23-year-old appeared to be in a chirpy mood in his Instagram selfie despite not featuring in the Blues side for their mid-week clash.

Oscar has netted 18 times in 87 Premier League games following his big-money move from Internacional in 2012.

The South American was part of Rafael Benitez’s Chelsea side that won the Europa League in 2013.

Chelsea were seven points clear at the top of the Premier League ahead of their game against Roberto Martinez’s side on Wednesday.