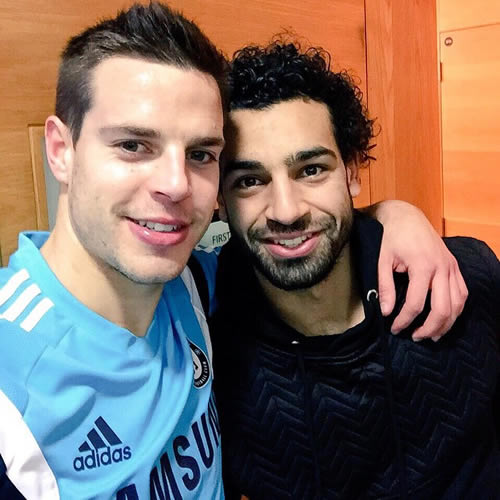 The Egyptian moved to the Serie A side on a temporary deal until the end of the season after being deemed surplus to requirements following Juan Cuadrado’s permanent move to Stamford Bridge.

Chelsea defender Azpilicueta posted the picture above on his Instagram account and wrote: “Good luck with @acffiorentina momo! I’ll be watching You from London! See you soon!”

Salah found his first-team opportunities at Chelsea severely restricted this season. He did not start a league game for Jose Mourinho’s men and only made a total of five appearances for the Blues.

The west London club are currently five points clear of defending champions City at the top of the Premier League table after last weekend’s 1-1 draw between the two sides at Stamford Bridge.

Their next game is a trip to Aston Villa in the Premier League on Saturday afternoon, before a home clash with Everton the following week.