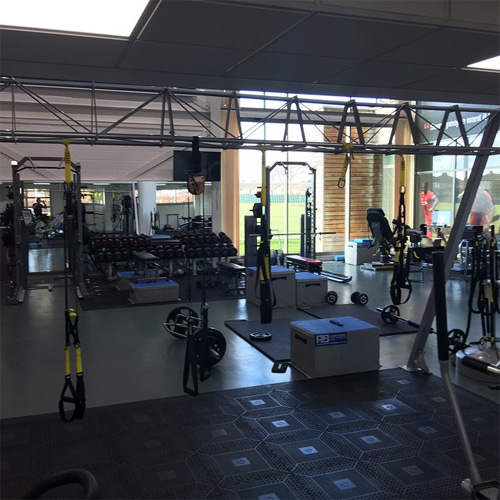 Jose Enrique has joked that the gym is becoming his new home as the Liverpool defender worked on his fitness ahead of the clash against Southampton on Sunday.

The Spanish defender hasn’t featured for the Merseyside outfit since a 2-0 victory over Aston Villa in January after the full-back suffered another knee injury.

The 29-year-old defender made just six appearances in all competitions this season, racking up just 339 minutes of first-team football due to fitness issues.

However, Enrique is clearly determined to be fit in the near future after the Reds full-back uploaded a photo of the Liverpool gym on Saturday morning.

Enrique wrote on the photo-sharing app: “I see this gym more than I see my house hahahaha. Getting fit and ready for the end of the season. Can’t wait to be back”

Enrique has scored two goals in 98 appearances in all competitions following a £7m move to the Reds from Newcastle United in 2011.

The former Villarreal man was part of the Liverpool squad that won the League Cup at Wembley in 2012.

Man United are the best team in the league, declares Louis van Gaal