Photo: Liverpool captain Steven Gerrard all smiles with his wife

The Liverpool captain looks in good spirits despite his hamstring injury 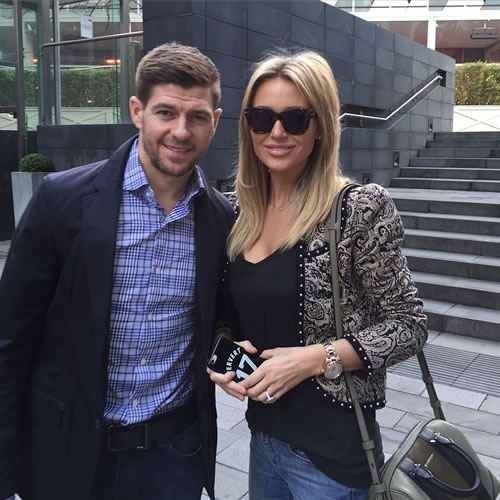 Steven Gerrard appears determined not to let his injury troubles get him down, after the Liverpool captain shared a picture of himself looking in good spirits along with his wife Alex.

However, the veteran midfielder looked in good spirits as he uploaded the photo above of himself with his other half onto his Instagram account on Monday afternoon.

Gerrard has been a regular fixture in Brendan Rodgers’ first team this season. The 34-year-old has scored six goals and made one assist in 22 Premier League games for the Reds and also netted twice in the Champions League group stage.

Gerrard is approaching the end of his Liverpool career after he announced earlier in the season that he would be leaving his boyhood club in the summer, with the 34-year-old set to move to MLS side LA Galaxy.

David May: Why Man United should stick with Radamel Falcao