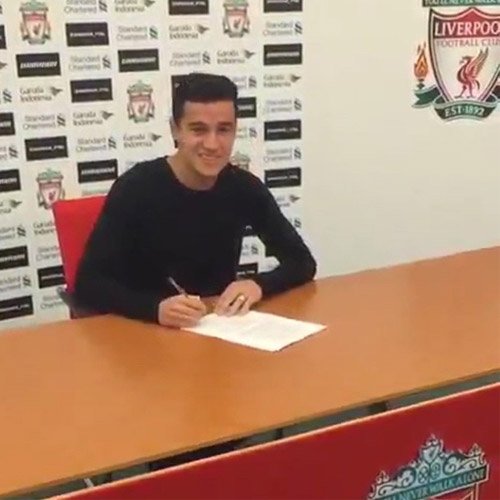 The Brazil international has put pen to paper on a reported five-year deal, which is speculated to be worth £70,000-a-week.

Coutinho has been in brilliant form for the Merseysiders in recent weeks, teeing up Raheem Sterling and Daniel Sturridge in a 2-0 win against West Ham United on Saturday.

Enrique wrote: “Congratulations to my friend Harry Potter the magician @phil.coutinho hahahaha . You deserve it so much. Top player and top person”

Coutinho has scored 10 goals in 83 appearances for Liverpool following his £8.5m switch to the Reds from Inter Milan in 2013.

Former Reds manager Rafael Benitez brought Coutinho to Europe in 2011 during his doomed reign at the San Siro outfit.

Liverpool face Everton in the Merseyside derby at Goodison Park on Saturday.