Photo: Liverpool defender Emre Can hangs out with Samed Yesil 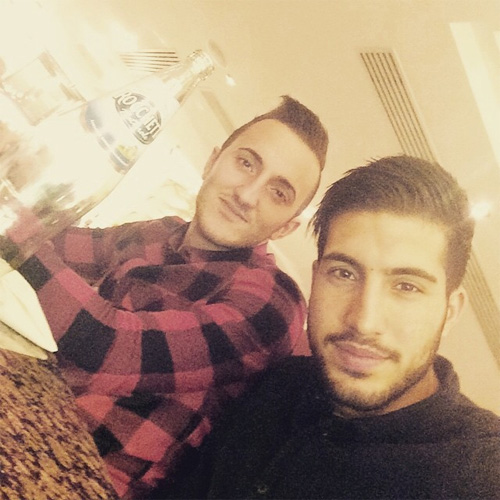 Emre Can appears to have befriended Samed Yesil after the Liverpool makeshift defender enjoyed dinner with the youngster on Sunday.

The 20-year-old forward moved to Anfield from Bayer Leverkusen in a £1m deal in August 2012, but the Germany Under-19 international is yet to make a single appearance of the Merseyside outfit.

In contrast, Can has enjoyed a promising start to his Liverpool career after the former Leverkusen star slotted into Brendan Rodgers’s back three alongside Mamadou Sakho and Martin Skrtel to great effect.

Unsurprisingly, the German youngsters appear to have become good friends off the pitch following Can’s £7m switch to the Premier League last summer, and he posted a photo of the pair to his Instagram page on Sunday night.

Can have been ever-present in the Liverpool starting line-up after he was drafted into the back three alongside Martin Skrtel and Mamadou Sakho.

However, the 21-year-old has scored one goal in 14 Premier League appearances, scoring against Chelsea at Anfield in November.