Photo: Liverpool defender poses in the pool on recovery day

Jordan Henderson recovered from Liverpool's 2-0 win over West Ham United in the pool... 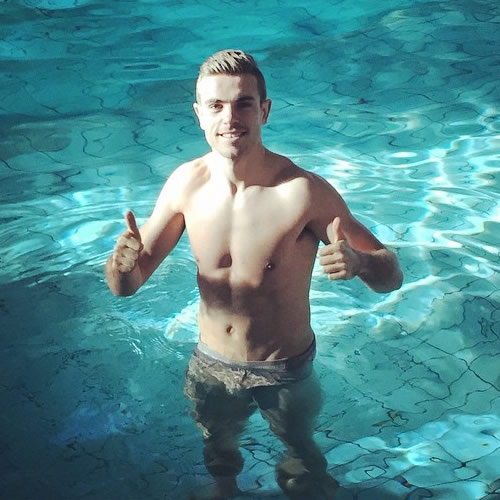 Jordan Henderson looked in good spirits as he posed for a picture in a swimming pool as he recovered after helping Liverpool beat West Ham United 2-0 on Saturday.

The 24-year-old midfielder played the full 90 minutes at Anfield as Brendan Rodgers’ side kept up their recent good form with victory over the Hammers.

Second half goals from Raheem Sterling and the returning Daniel Sturridge handed the Reds victory on Merseyside, and Henderson spent Sunday recovering after the Premier League win.

Henderson has been in impressive form for Liverpool so far this season, scoring two goals and making six assists in 23 Premier League games for the Merseyside outfit. He also scored once in Liverpool’s short-lived Champions League campaign.

Liverpool’s next game is their FA Cup fourth-round replay at Bolton Wanderers on Wednesday night, before next weekend’s Merseyside derby against Everton.