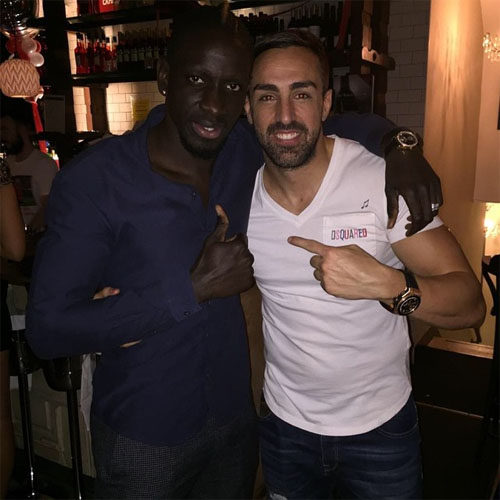 The Spaniard, otherwise known as @jesanchez3, uploaded a photograph of the duo enjoying a relaxed evening out, with an adjoining message of congratulations for the Frenchman.

Enrique has suffered from a succession of injuries since moving to Anfield from Newcastle United in 2011, but appeared to be in good spirits with his footballing chum.

“Happy birthday to my friend @mamadousakho3,” he wrote, “really happy my friend to have the chance to meet you and know you in football my friend.

“You are too guy and a very, very good player. See you now my friend.”

While ambiguity reigns over what kind of person Enrique thinks Sakho is, the touching message of friendship between the two defenders has received nearly 7,000 likes.

Seeing as competition for spaces in Liverpool’s back line is at a premium, Enrique’s vote of confidence for the former PSG defender will be most welcome to Sakho.

Earlier in the season, the 25-year-old bore much criticism over his performances and infamously stormed out when unselected for the first Merseyside derby.

But since switching to a back three, Sakho has become one of Brendan Rodgers’ most trusted defenders, and has been integral in Liverpool’s rise up the table.

Liverpool head to Crystal Palace on Saturday in the FA cup fifth round, as the club chases one of its two realistic opportunities for trophies this season.