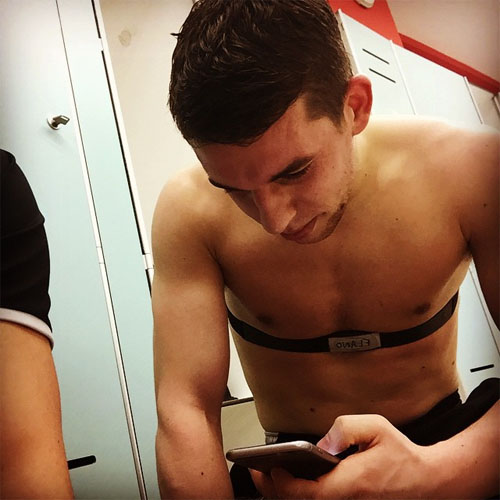 Jordan Henderson appears to be settling into his leadership role in the Liverpool squad after he told Jon Flanagan to “keep working hard’ as the full-back nears a return from injury.

The 21-year-old defender hasn’t featured for the Merseyside outfit this season after the promising Liverpool youngster suffered a serious knee injury in the summer.

Flanagan is on the final part of his rehabilitation from knee surgery ahead of his battle to win a starting spot in the wake of competition from Alberto Moreno and Lazar Markovic at wing-back.

But Henderson, who was made Liverpool vice-captain at the start of the season, had to remind Flanagan to take off his heart monitor following what must have been a demanding session.

Henderson posted the above photo and wrote: “Keep working hard lad, but you can take your heart rate monitor off now. Nearly there! @jonflan38”

The 21-year-old was on standby for Roy Hodgson’s England squad for this summer’s World Cup after a series of impressive performances for the Reds.

Flanagan, who was part of the Reds’s League Cup-winning squad in 2012, scored one goal in 25 Premier League appearances last season.