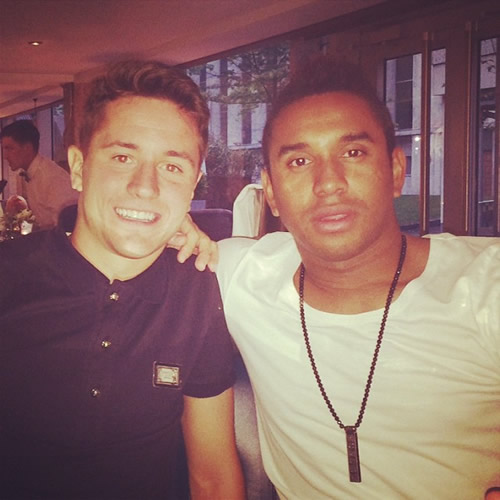 Ander Herrera took to social media on Tuesday to pay tribute to Anderson after the midfielder completed his transfer to Brazilian side Internacional.

The midfielder signed a four-year deal with his new club after struggling to break into Louis van Gaal’s first-team this season.

Herrera posted a picture of himself with Anderson on his Instagram account on Tuesday afternoon and wrote: “All the best @andowlovee , one of the funniest guys I have ever played with.”

Anderson, 26, found his first-team opportunities at Old Trafford severely limited this season. He only made two appearances in all competitions as he struggled to break into Van Gaal’s first-team.

He joined the Red Devils from Porto in 2007 and helped Sir Alex Ferguson’s men win the Champions League in his first season at Old Trafford.

Formerly with Gremio, Anderson heads back to his home town of Porto Alegre. His last appearance for Manchester United was the Under-21s’ 2-1 victory over Liverpool last Monday.

Photo: Chelsea’s Oscar enjoys lunch with his wife on rare week off