Luke Shaw has had his eyes on the prize for some time... 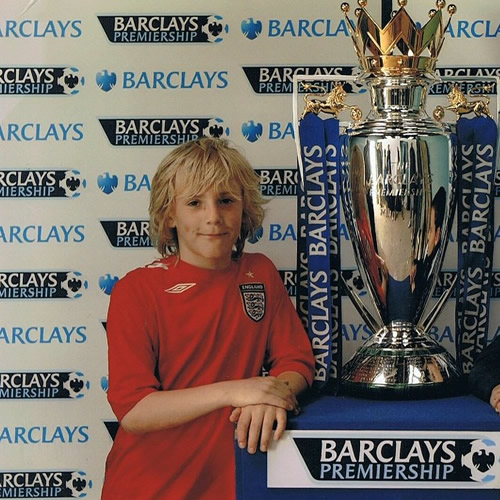 Luke Shaw has taken to social media to reveal his dream of lifting the Premier League trophy.

The left-back has been a regular fixture in Manchester United’s first-team this season following his summer transfer to Old Trafford from Southampton.

The 19-year-old, who made his England debut in February 2014, has made 12 Premier League appearances for Louis van Gaal’s side and has also featured three times in the FA Cup.

And the teenager posted a picture of himself as a young boy posing with the Premier League trophy and wearing an England shirt on his Instagram account on Thursday afternoon.

The England international shared the photo above and wrote: “#TBT my dream has always been to play for England and in the premierleague. Hopefully one day I will lift this cup.”

Manchester United’s next game is a trip to Swansea City in the Premier League on Saturday afternoon.

The Red Devils are currently third in the Premier League table and 12 points behind leaders Chelsea.

United will take on Arsenal at Old Trafford for a place in the FA Cup semi-finals next month.

MORE: Three of Tottenham’s best players so far this season