Photo: Man United’s Marcos Rojo all smiles with his sister 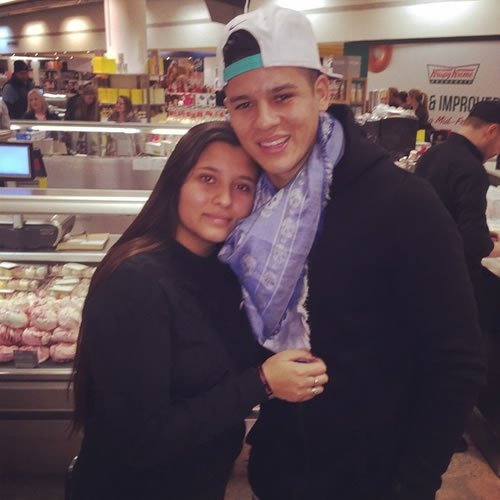 The Argentina international played 81 minutes and scored one of his side’s goals as Louis van Gaal’s men beat Cambridge United 3-0 on Tuesday night to book their place in the fifth round of the FA Cup.

And the centre-half looked in good spirits as he posed for a picture with his sister while out and about on Thursday evening.

Rojo has been a regular fixture in United’s rearguard this season since his transfer to Old Trafford from Sporting Lisbon last summer.

The 24-year-old has made 12 Premier League starts for the Red Devils and featured in two FA Cup games.

United are currently third in the Premier League table heading into Sunday’s trip to Upton Park.

Watch Arsenal’s Jack Wilshere step up his rehabilitation from injury