Radamel Falcao is feeling the love on Valentine's Day 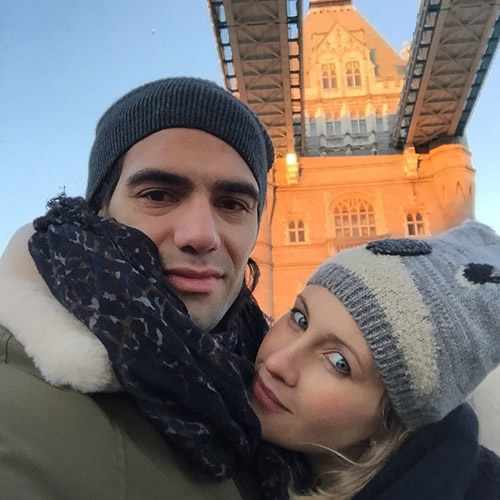 Radamel Falcao took to Instagram to post a Valentine’s Day message for his wife as the Manchester United striker geared up for Monday’s FA Cup clash at Preston North End.

The Colombia international shared a picture of himself with his other half Lorelei Taron next to London’s Tower Bridge on Saturday afternoon.

Falcao uploaded the photo above and wrote: “Happy Valentine’s Day to everyone and especially for my love @loreleitaron.”

The Colombia international has struggled to produce consistent performances for the Red Devils since his season-long loan move to Old Trafford from Monaco.

Falcao has scored only four goals and made four assists in 16 Premier League games for United so far this season and missed an earlier part of the campaign due to injury.

The former Porto man played 74 minutes as the Red Devils beat Burnley 3-1 at Old Trafford on Wednesday night to move back into third place in the Premier League table.

The striker is expected to feature when Louis van Gaal’s side take on Preston on Monday.