Robin van Persie takes to Instagram to bid farewell to Anderson, who is set to leave Manchester United 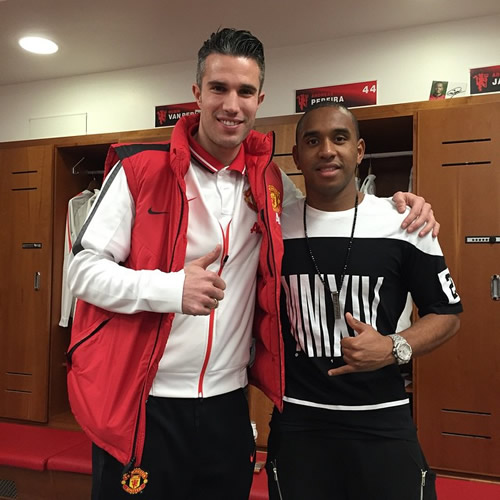 Robin van Persie took to social media on Monday to wish Anderson good luck, with the Manchester United midfielder set to seal a transfer back to his native Brazil.

Anderson is expected to leave the Red Devils before Monday’s 23:00 GMT deadline amid reports linking him with a move to Internacional.

And striker Van Persie used his Instagram account to post a picture of himself with the midfielder as he prepared for his move away from Old Trafford.

Van Persie shared the photo above and wrote: “Good luck in Brasil @andowlovee.”

The 26-year-old has found his first-team opportunities at Old Trafford severely limited this season. He has only made two appearances in all competitions as he struggled to break into Louis van Gaal’s first-team.

The Dutch striker has netted nine goals in 21 Premier League games for the Red Devils and has also notched up two assists for his team-mates.

Photos: Sturridge, Ibe all smiles as Liverpool train ahead of cup clash