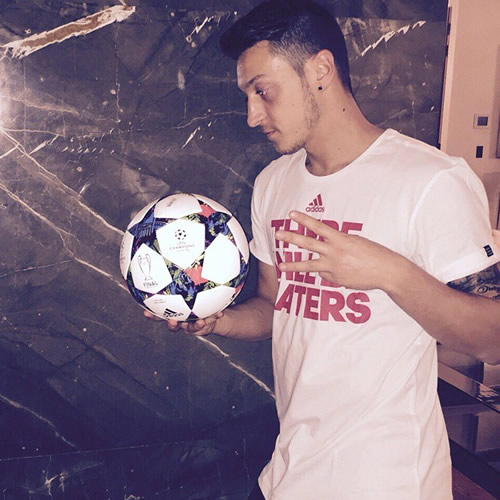 Mesut Ozil has taken to social media to reveal his excitement ahead of the return of the Champions League this week.

Europe’s elite club competition returns for the first knockout phase on Tuesday night, with Chelsea taking on Paris Saint-Germain in the first leg of their last-16 tie at Parc des Princes.

Arsenal, meanwhile, tackle Monaco in the first leg of their Champions League knockout clash on Wednesday 25 February at Emirates Stadium.

And Ozil is clearly looking forward to next week’s clash, if his Instagram profile is anything to go by.

The Germany playmaker uploaded the picture above of himself holding a Champions League ball and wrote: “The Champions League is back, looking forward to our match against Monaco in 9 days! New for such a special ball! @adidasfootball #therewillbehaters #ucl #Arsenal.”

Ozil has been in fine form for Arsenal since the turn of the year. He has scored three goals and made two assists in his last five appearances for the north London side after returning from a spell on the sidelines due to a knee injury.