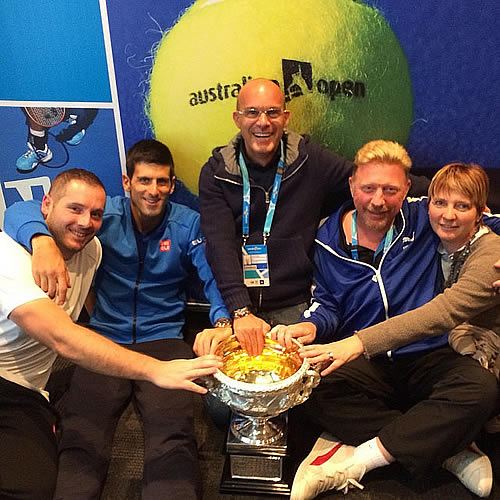 Novak Djokovic was all smiles as he posed for a picture with his team after winning his fifth Australian Open title on Sunday.

It was the third time that Djokovic had beaten Murray in the final in Melbourne and brought him his eighth Grand Slam title.

And Djokovic’s coach, Boris Becker, uploaded the photo above to his Instagram account on Sunday, and posted the message: “@djokernole #TeamDjokovic ! We miss Marian and GG …winning #AusOpen !!”

Djokovic’s victory on Sunday means that Murray has won just two of the eight Grand Slam finals he has reached.