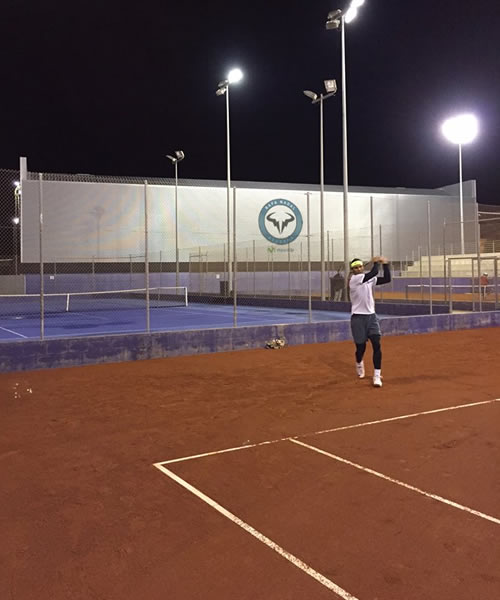 Rafael Nadal is continuing his preparations for the Rio Open by stepping up his clay-court practice sessions.

The Spaniard recently returned to his preferred surface following his Australian Open exit at the hands of Tomas Berdych in the quarter-finals last month.

Nadal is now preparing to defend his title at the Rio Open in Brazil later this month, before another tournament on clay in Buenos Aires, Argentina.

And he took to his official Facebook page on Friday to post a picture of himself in practice action during the night as he bids to return to winning ways in South America.

Nadal shared the photo above and wrote: “Night Session!!!”

The 28-year-old will then competed at the Indian Wells Masters in early March.

The Rio Open is a combined ATP World Tour 500 and a WTA International and will take place on the clay courts of the Jockey Club Brasileiro from 16-22 February.