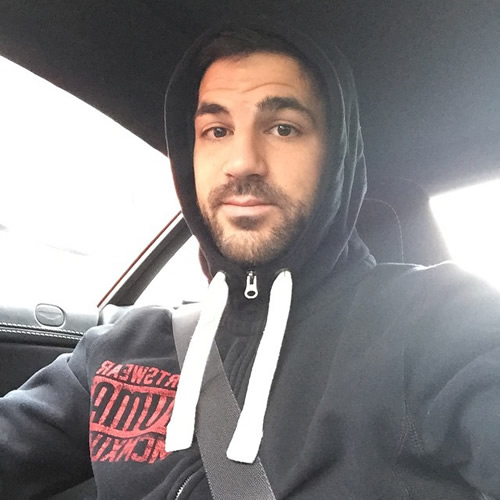 A bleary-eyed Cesc Fabregas found time to snap a selfie in his car as the Chelsea midfielder headed to Cobham for training on Friday morning.

The Spaniard, who has been struggling with a hamstring injury, headed to join up with his team-mates ahead of their Premier League trip to Aston Villa on Saturday afternoon.

Fabregas, who is understood to be an injury doubt for Saturday’s game, looked somewhat sleepy as he posted the picture above onto his Instagram account and wrote: “Good morning.”

Chelsea manager Jose Mourinho is due to break his media silence on Friday afternoon as he holds his first news conference since Diego Costa was handed a three-game ban for violent conduct.

The Portuguese coach, who is due to speak to the media at around 14:30 GMT on Friday, dodged last week’s pre-game talk with journalists and also opted not to face the media after his side’s 1-1 draw with Manchester City in the Premier League on Saturday.

Chelsea are currently five points clear at the top of the Premier League table.