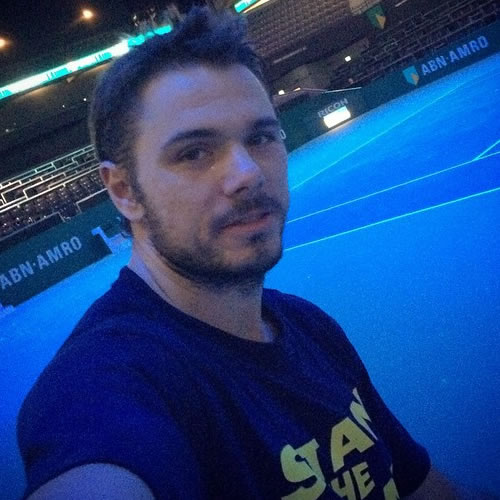 Stan Wawrinka took to social media on Monday morning to snap a selfie ahead of this week’s ABN AMRO ATP 500 tournament in Rotterdam.

The Swiss 29-year-old is competing with the likes of Andy Murray, Tomas Berdych and Grigor Dimitrov in the Netherlands.

And Wawrinka, who was beaten in the semi-finals of the Australian Open by eventual champion Novak Djokovic last month, is clearly thrilled to be back in action this week.

Wawrinka uploaded the photo above to his Instagram account and wrote: “Good to be back on a tennis court! @abnamrowtt #Rotterdam #HardWork #EarlyPractice.”

Wawrinka, the world No9, has not played at the Rotterdam tournament in a decade. Back in 2005, he was still a teenager when he lost to Roger Federer in the second round.

He won his first Grand Slam title at the Australian Open last January.