Rafael Nadal trains under the watchful eye of Christ the Redeemer 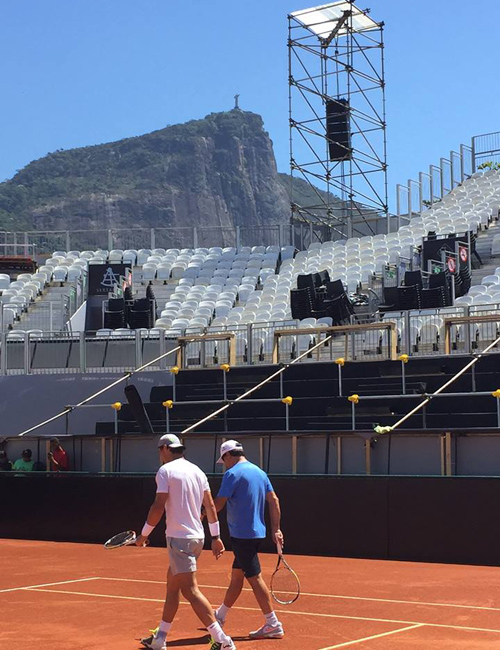 Rafael Nadal does not need divine intervention when playing on his favourite surface clay, but has decided to take extra provisions ahead of the Rio Open.

The world number three’s near dominance on the orange is unprecedented – 318-24 – and the nine-time French Open champion could not have picked a more idyllic location to train.

Nadal lost to Tomas Berdych at last month’s Australian Open, but the Spaniard has switched his focus to the clay court season.

With Rio’s clay court tournament starting on 16 February, ‘the King of Clay’, under the watchful gaze of Rio’s iconic Christ the Redeemer atop Sugarloaf Mountain, took to the court for a training session.

The statue, arms aloft like a tennis line judge, has witnessed a festival of sport recently – following last summer’s World Cup, and has next year’s Olympics in 2016 to look forward to.

The Spaniard is the inaugural winner of the Rio Open, which started in 2014, and looks to reclaim his title.