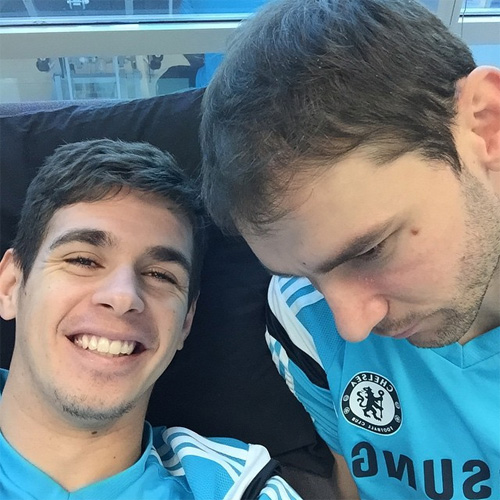 The Serbia international scored in the 66th minute at Villa Park on Saturday as Chelsea were 2-1 winners against Paul Lambert’s struggling side.

So no wonder the right-back was a popular figure in the Chelsea camp this morning as Oscar uploaded a photo with the 29-year-old full-back.

Perhaps reference one of Stamford Bridge’s favourite chants in homage to their towering defender, Oscar posted the above photo and wrote the following caption: “Come on #Ivanovic !!! Hahahahahah”

Minutes later, Chelsea midfielder Willian grabbed Ivanovic for a selfie of his own, although the Blues star appears an elusive figure when it comes to camera lenses. 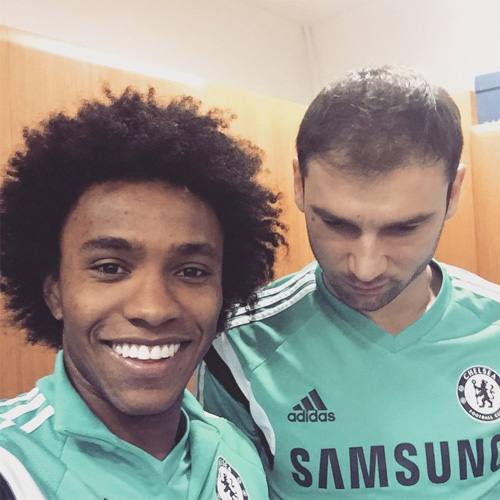 Willian teed up Eden Hazard for the Premier League leader’s first-half opener at Villa Park before Jores Okore levelled at the start of the second half.

However, Ivanovic scored his fifth goal in seven games against the Birmingham outfit to seal a narrow win and leave Chelsea seven points clear of Manchester City.