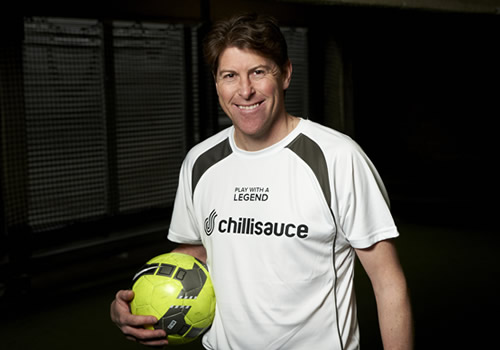 Darren Anderton has urged Tottenham Hotspur to make the most of a good opportunity to break back into the top four this season.

Spurs haven’t qualified for the Champions League since 2010 when Harry Redknapp’s men beat rivals Manchester City to secure a fourth-place finish in dramatic fashion at Etihad.

Tottenham are three points behind fourth-placed Manchester United and Mauricio Pochettino’s side can leapfrog Arsenal with victory in the north London derby at White Hart Lane on Saturday.

“I do. I think there is a good opportunity this year,” Anderton told The Sport Review in an exclusive interview.

“Some other teams are not performing as well as last season, United, Liverpool for example. So it is a good opportunity.

“It’s all going to be very tough, Arsenal are going well, United are still picking up results, Liverpool is Liverpool but Spurs are definitely in with a chance.”

Spurs initially made a slow start under Pochettino, but the Lilywhites have built up momentum over the past couple of months, losing just one of their last 13 league games, including a seven-game unbeaten run at The Lane.

Anderton, 42, who scored 51 goals in 364 games for the north London side, believes his former club have turned a corner under the Argentine in recent weeks.

“He has been pretty good, I think originally the when he came in it was very good and then there was a bit of a lull, some disappointing performances,” Anderton added. “But I think the last 6-8 weeks have been pretty good.”

Pochettino adopted a cautious approach to the January transfer window, as he signed Dele Alli from MK Dons in a £5m deal on deadine day as Aaron Lennon joined Everton on loan until the end of the season.

But although Anderton felt that a couple more additions would have been welcome, the former England international accepted that Spurs need to get rid of deadwood before signing new talent.

“I would maybe like to see maybe a little bit more to strengthen the squad,” he said. “I think it’s a good squad already but the reality is they probably to get rid of some players.

“It’s quite a big squad before bringing any new ones in.”

Why News Associates can help fulfil your sports journalism dream