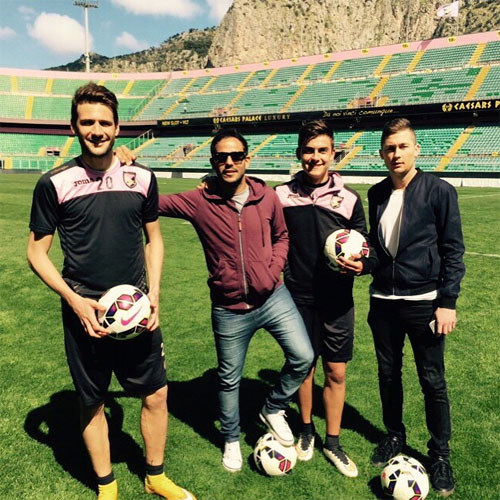 Arsenal and Chelsea have been handed a boost in the race to sign Paulo Dybala after Palermo director Dario Baccin confirmed the forward is set to leave in the summer.

The Argentina international has emerged as one of Europe’s highly-rated youngsters after the 21-year-old forward a brilliant start to his career at the Serie A side.

Dybala has scored 12 goals and has made seven assists in 27 top-flight appearances this season, prompting interest from Premier League sides Arsenal, Chelsea and Manchester City.

Speaking to Corriere dello Sport, Baccin said: “He has rejected all our proposals for a contract renewal, so at this stage it’s safe to say he will certainly leave.

“It’s a different issue when it comes to Franco Vazquez. He does want to stay with us and will remain, unless offers come in that we cannot refuse.

Dybala has been in excellent form for Palermo this season, racking up 2,335 minutes of top-flight action this term .

He joined Palermo from Argentine side Instituto back in 2012 and has made 82 league appearances for the Italian side.

Dybala is still waiting to receive his first call-up to the Argentina squad after his impressive form for Palermo.