Mesut Ozil has revealed the list of essential grooming items he always has in his possession on matchdays.

The Germany playmaker and French striker Olivier Giroud were interviewed by GQ Style magazine about their grooming habits around matches.

The duo were involved in a photo-shoot for the magazine along with fellow Arsenal attacker Alexis Sanchez.

And Ozil has lifted the lid on the products he never fails to bring with him when the Gunners are in action, and stressed the importance of “taking care of himself”.

“I think as a human being you need variety; you can’t just do football, you need a combination. Football is of course my main focus, which is a lot of fun and I love to be on the pitch. But I have other interests beside that, like fashion or being with my family.” 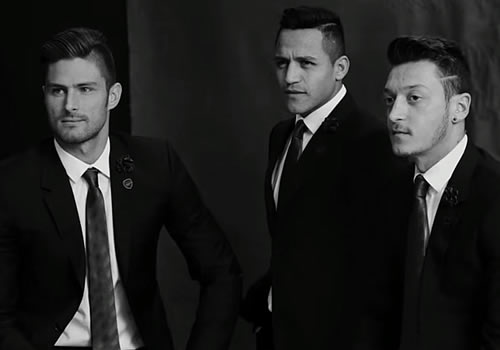 France international Giroud, meanwhile, revealed that England legend David Beckham has been an inspiration for him both on and off the pitch.

“David Beckham is a top man,” said Giroud. “I love the guy and what he can show in terms of style as well.

“He’s really classy, an icon… When I was young, I looked up to Andriy Shevchenko. He was so elegant, and on the pitch as well.”

The Arsenal trio will be expecting to feature when the Gunners host West Ham United in the Premier League on Saturday afternoon.

The north London side are currently third in the Premier League table as they look to secure qualification for next season’s Champions League.