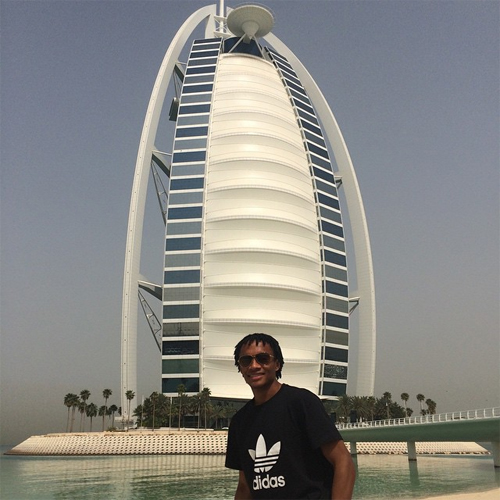 Juan Cuadrado has enjoyed catching some rays in the Middle East in recent days after the midfielder moved to rainy London earlier this year.

The Colombia international signed a four-year deal with the Premier League leaders after the playmaker completed a £23m switch to Chelsea from Serie A outfit Fiotentina on transfer deadline day in February.

Cuadrado, who is yet to score for the west London side, was part of the Colombia side that beat Bahrain and Kuwait in emphatic fashion during the international break.

The Chelsea forward took to Instagram on Tuesday morning to post a sunny snap from Dubai ahead of his return to the English capital.

Cuadrado has made four appearances for Jose Mourinho’s side, but the South American is yet to have a real impact at Stamford Bridge.

The 26-year-old scored four goals and made four assists in 21 Serie A appearances this season before his big-money switch to Chelsea.