Photo: Cristiano Ronaldo relaxes with his son and mother during break 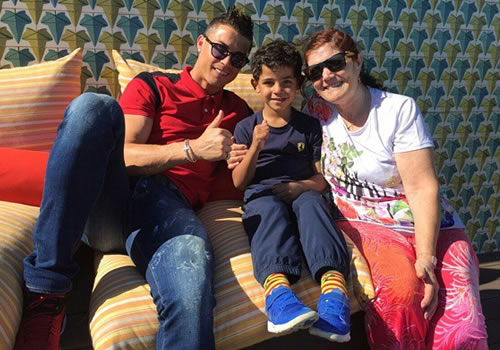 Cristiano Ronaldo enjoyed some well-earned downtime on Tuesday afternoon as the Real Madrid star spent the afternoon with his son and mother.

The Ballon d’Or winner used his Instagram account to upload a picture of himself outdoors in the sunshine with son Cristiano Ronaldo Jr. and mother Maria Dolores.

Ronaldo shared the picture above on his account and wrote: “Family time is precious time and I’m enjoying it.”

The Portugal captain has been in sensational form for Real Madrid so far this season after scooping the 2014 Ballon d’Or award ahead of Lionel Messi back in January.

He has scored 31 goals and made 11 assists in 25 La Liga games to help Real Madrid keep to within four points of leaders Barcelona.

Portugal host Cape Verde in an international friendly clash on Tuesday night after their 2-1 win over Serbia on Sunday.