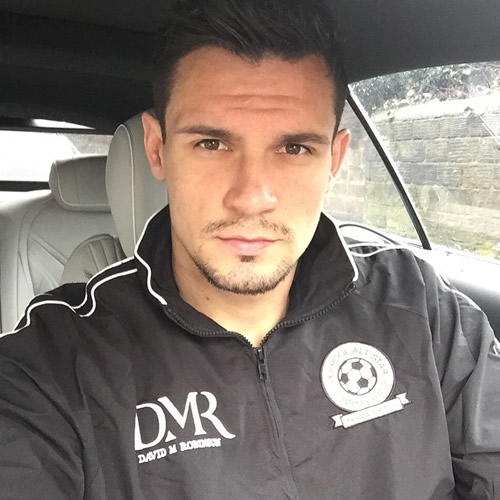 Dejan Lovren took to social media to reveal his excitement ahead of the Liverpool All-Star charity match at Anfield on Sunday.

The Liverpool defender was heading to Anfield to play his part in the charity match in aid of the Liverpool Foundation.

Lovren posted the picture above of himself in the car on the way to the stadium and wrote: “Off to the #LFCAllStars charity match.”

A host of star names are in action during the clash, including the likes of Jamie Carragher, Steven Gerrard, John Terry, Fernando Torres, Luis Suarez and Thierry Henry.

Chelsea legend Didier Drogba is also among the players set to be in action during the clash.

Lovren has made 20 Premier League appearances for Liverpool so far this season since joining the Reds from Southampton last summer.

He has also made six appearances in European competition for the Merseyside outfit.

Liverpool’s next Premier League game is a trip to top-four rivals Arsenal on Saturday lunchtime.

Arsene Wenger: How I react after Arsenal lose