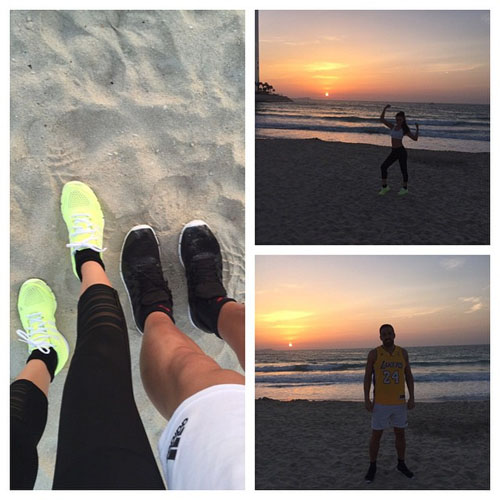 Jose Enrique has enjoyed dinner on a boat and has swam with dolphins since arriving in Dubai, but the Liverpool defender has finally got to work with a light training session on Wednesday.

The Reds full-back didn’t feature in Brendan Rodgers’ matchday squad for their 2-1 defeat by bitter rivals Manchester United despite the uncapped Spaniard making a return to first-team training earlier this month.

Enrique, who moved to Liverpool from Newcastle United in a £6m deal in 2011, hasn’t made an appearance for the 18-time English champions since a 2-0 victory over Sunderland at Anfield on 17 January.

The Liverpool defender posted the above collection of photos from his training session on the beach on Instagram, adding the following caption on the photo-sharing app:

“Great running session on the beach with my lady and then even an harder one running in the gym after. Feeling good and hopefully can I play some minutes on the game Sunday.”

Enrique helped Liverpool to win the League Cup in 2012 under Kenny Dalglish before current manager Brendan Rodgers was appointed as the Scot’s successor.