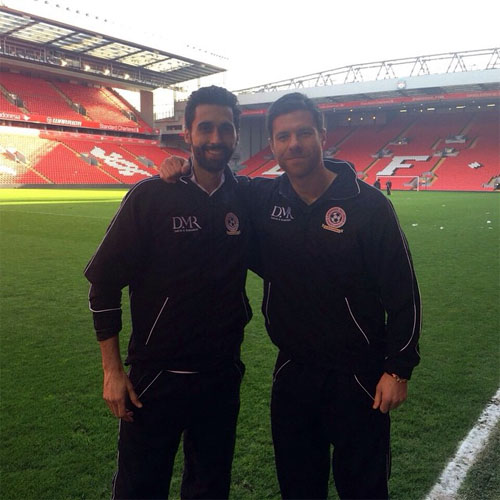 Alvaro Arbeloa and Xabi Alonso formed part of Liverpool’s Spanish contingent under Rafael Benitez, and the pair had the chance to grace the Anfield turf one last time on Sunday.

Arbeloa and Alonso, who were team-mates at Liverpool and Real Madrid, were asked along to Steven Gerrard’s charity match on Merseyside on Sunday.

The Spanish duo appeared to be thrilled with their return to their old stomping ground, posing together on the hallowed Anfield pitch for a photo.

The all-star friendly finished all square at Anfield despite goals from Mario Balotelli and Didier Drogba handing Carragher’s side a 2-0 lead.

But Steven Gerrard scored twice from the penalty spot as the Liverpool captain introduced former team-mates Fernando Torres and Luis Suarez in the second half.