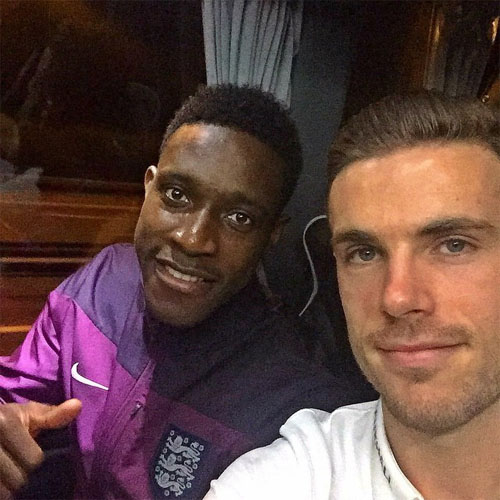 Jordan Henderson and Danny Welbeck may be friends this week, but the England pair will be enemies in seven days when Liverpool head to The Emirates.

The Arsenal forward was awarded the man of the match award on Friday night after the 24-year-old helped to fire England to a 4-0 victory over Lithuania in their Euro 2016 qualifier at Wembley.

Henderson, who started in midfield alongside Michael Carrick and Fabian Delph, posted a photo with Welbeck on the team coach following their emphatic win.

Henderson posted the above photo and wrote: “Great win and performance from the lads. On the way back with the M.O.M”

The Liverpool midfielder will be tasked with helping the Reds get three points against Welbeck’s Arsenal side at The Emirates on 4 April.

Brendan Rodgers’ side are six points behind third-placed Arsenal in the hunt for a Champions League spot.