Photo: Liverpool’s Mario Balotelli reminds Italy of his past glory 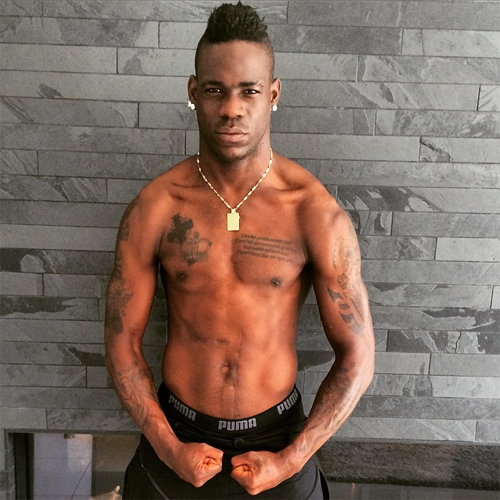 Mario Balotelli has sent a timely reminder to Antonio Conte of his past contributions to the national team ahead of Italy’s clash against England in Turin on Tuesday night.

The 24-year-old, who moved to Liverpool from AC Milan last summer, was omitted from Conte’s recent Italian squad for their 2-2 draw with Bulgaria in their Euro 2016 qualifying campaign.

However, Balotelli appeared keen to remind Conte and Italy fans after his Euro 2012 exploits as he recreated his goal celebration following his second strike against Germany in Poznan.

The Liverpool forward produced arguably his finest performance in an Azzurri shirt to score twice in a 2-1 victory over Germany in the European championship semi-finals.

The former Inter Milan star, though, has failed to reach similar heights with his current club side, Liverpool, after big-money switch last summer.

Balotelli has scored just four goals in 20 appearances in all competitions.