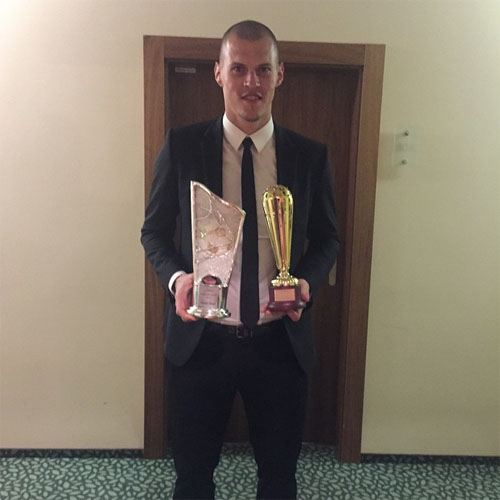 The 30-year-old defender, who was banned for three games after the FA found the Liverpool man guilty of stamping on David De Gea, has been ever-present in the Slovakia side in recent years.

Skrtel, though, does lack the glamour of his Mohawk-sporting tema-mate Hamsik, who have been heavily linked with a move from Napoli to the Premier League amid reported interest from Arsenal and Manchester United.

But the Liverpool centre-half still appears to be a popular player amongst his fellow Slovakians after scooping the fans’ player of the year ahead of his Napoli rival.

Skrtel posted the above snap and wrote: “Slovakian player of the year….2nd place! Fans favourite player….1st place!!! Congratulations to @m_hamsik_17”

The Slovakia international has played a key part in Liverpool’s season so far, scoring one goal in 27 Premier League appearances.