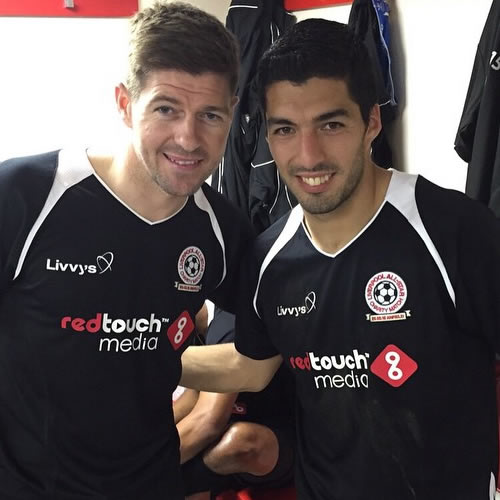 Steven Gerrard has made no secret of his admiration for former Liverpool star Luis Suarez, and the Reds captain underlined his feelings towards the striker with a photo on social media on Sunday evening.

Gerrard and Suarez struck up a formidable partnership for the Merseyside outfit before the Uruguay forward left Anfield to join Barcelona in a big-money deal last summer.

Suarez was back at Anfield on Sunday as he lined up along with a host of other star names for the Liverpool All-Star charity match.

And Gerrard couldn’t help but snap a picture with his former team-mate in the dressing room after the game.

The former Ajax striker has netted eight times in 19 La Liga games for Barcelona so far this season since his summer switch.