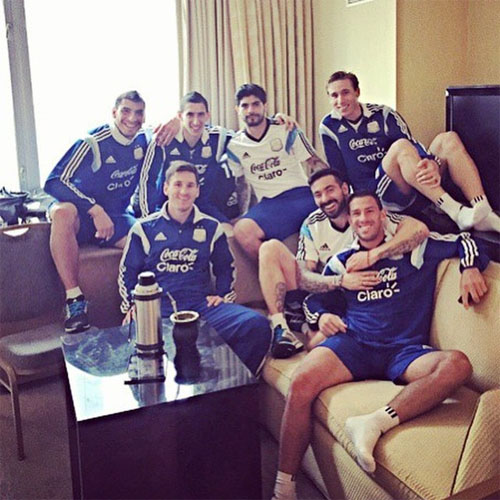 Angel di Maria must be relieved to swap Manchester United for Argentina after growing speculation surrounding the winger’s future over the past couple of weeks.

The British record signing has reportedly become disillusioned at Old Trafford after a tough start to his Premier League career, failing to score a goal in 2015 so far.

Di Maria joined up with his Argentinian team-mates earlier this week in USA capital Washington, with some members of the squad watching the Wizards lose to the Pacers in NBA.

Di Maria has scored three goals and has made nine assists in 21 Premier League appearances this season.