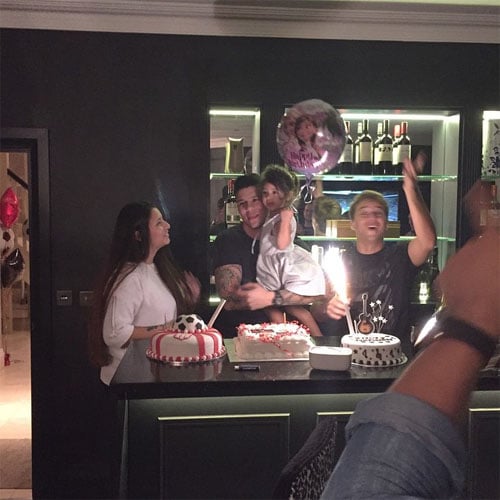 Marcos Rojo appeared to be the recipient of three birthday cakes after the Manchester United defender turned 25 on Friday.

The Red Devils centre-half celebrated the landmark with his close family and friends, including United midfielder Ander Herrera, ahead of their club’s clash against Liverpool at Anfield on Sunday.

However, manager Louis van Gaal has reason for concern after Rojo’s wife Eugenia Lusardo uploaded a snap of his three delicious-looking cakes on his Instagram page on Saturday afternoon.

Lusardo uploaded the above photo and wrote: “The boy’s birthday! We had such a nice time hope you guys had a great day. Love you guys so much!”

Presumably, the Argentina international sensibly stuck to the pasta and opted against tucking into one of his tempting birthday cakes in preparation for the top-four clash on Merseyside.

Rojo, who has endured an injury-hit first season in the Premier League, has made 21 appearances in all competitions this season, scoring against Cambridge United in the FA Cup.

Indian Wells 2015: Milos Raonic ‘puts it all out there’ to score Nadal upset