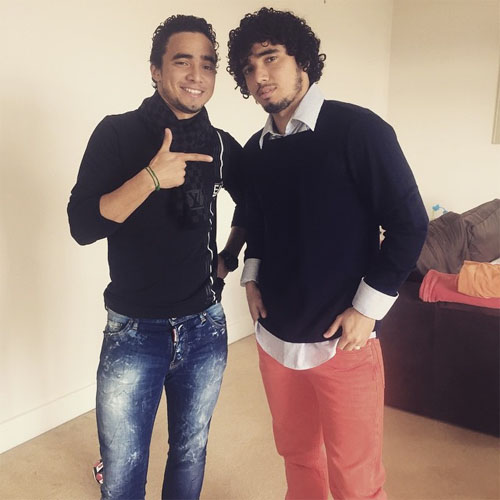 Rafael da Silva has paid a touching tribute to his twin brother Fabio on Instagram.

The Brazil internationals no longer play together at Manchester United after Fabio completed a move to Cardiff City in January 2014.

Rafael, meanwhile, has endured an injury-hit campaign after the right-back suffered a facial injury in a FA Cup game earlier this season.

The United right-back uploaded a snap with his twin brother on Tuesday afternoon, underlining his continued affection for the Bluebirds star.

Rafael wrote the following caption on Instagram: “Backing to Manchester me and my hero @ofabio3 love you my brother now and ever.”

The Brazil international hasn’t featured for the 20-time English champions since he suffered during a 2-0 victory over Yeovil Town in the FA Cup third round in January.

The South American has made just eight appearances in all competitions under Louis van Gaal this term, racking up a disappointing 588 minutes of competitive action.

Van Gaal’s side host Aston Villa in the Premier League at Old Trafford on Saturday.