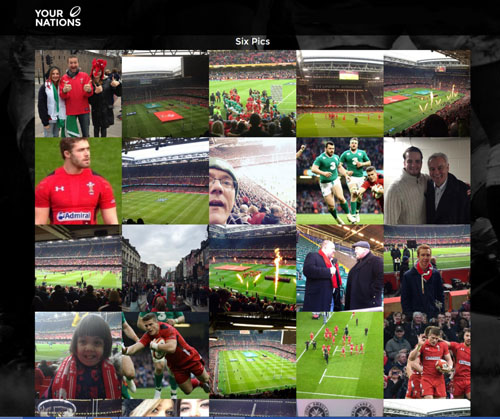 As the Six Nations edges towards its conclusion, a social media project is chronicling memories from the momentous games in the form of user photos filtered from avid rugby fans on social media.

Your Nations is a Six Nations first, and has been designed to give fans a feeling of what is was like to be in the crowd as the tournament comes to a close by pulling through photography from specific geolocations around the tournament stadiums.

In addition to this, the content will also actively compare the Twitter support of the two teams and find out who gains the most social buzz, as well as the most points on the field. 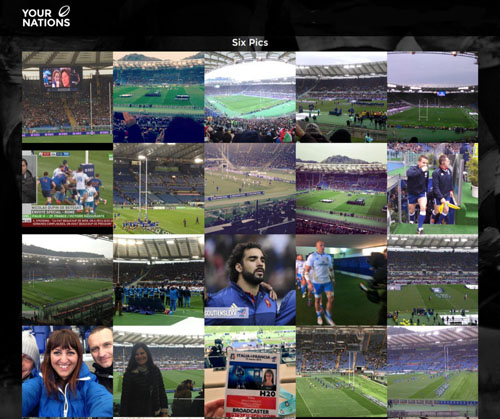 Photos from Italy’s defeat by France Photo: Your Nations

Your Nations stores photos from around the Six Nations stadia on match days, pulling through the excitement of the crowd during rugby’s leading international tournament, and gives you a real-time view of Twitter ‘possession’ as fans get behind their teams on social media at home.

So far the application has pulled in hundreds of fan images from the fixtures played so far, and will document photos posted to Twitter and Instagram during the final weekend’s games.

The piece is lightweight, simple-to-use and has been designed to act as a lasting memorial of this year’s Six Nations and the large community of supporters around the event.