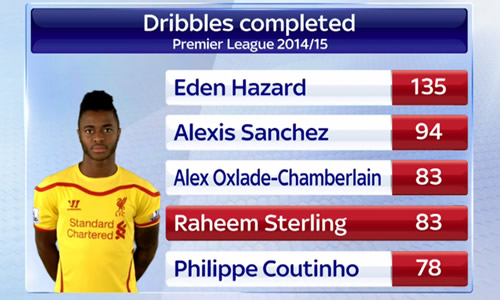 Eden Hazard has been one of the Premier League’s standout performers this season – and the Chelsea playmaker is leading the way with the total number of dribbles completed.

Hazard has successfully completed 135 dribbles in the Premier League so far this term, way ahead of Arsenal’s Alexis Sanchez on 94.

Sanchez is closely followed by his Gunners team-mate Alex Oxlade-Chamberlain, who has completed 83 dribbles, with Liverpool duo Raheem Sterling and Philippe Coutinho rounding out the top five.

Hazard has scored 11 goals and made six assists to help Chelsea lead the way at the top of the Premier League table. 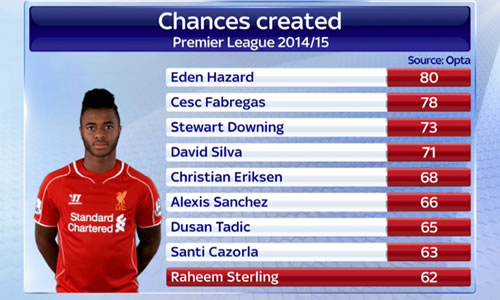 Sanchez, meanwhile, has netted 13 goals and made seven assists in his first season in the Premier League.

The Blues are currently six points clear of defending champions Manchester City but have also played a game less than their closest rivals.

Victor Valdes: Man United move was a surprise for me