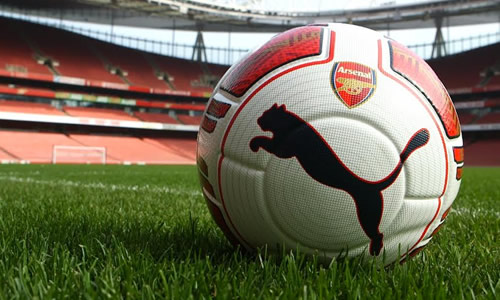 Designed exclusively for Arsenal, the Left-Footed evoPOWER Football was created to increase the accuracy, power and precision of a left-footed player.

Arsenal approached Puma to see if they might be able to help and in their first season with the club, Puma have done just that.

Santi Cazorla, Mesut Özil, Nacho Monreal and Hector Bellerin, were the first players to test the new football and the results were incredible. 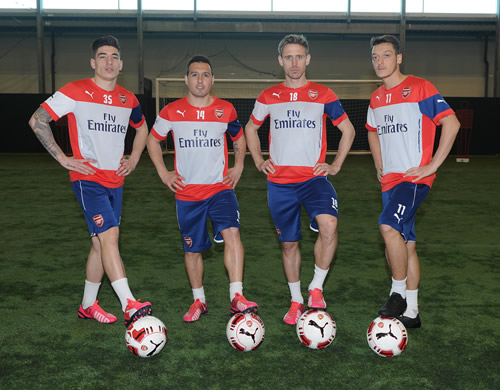 After trying the ball for the first time, two-footed player Santi Cazorla had just one thing to say: “It’s unbelievable!”

Right-footed player, Hector Bellerin, said: “It’s a bit tricky to use on your right-foot but it instantly improved my left-foot.”

Speaking about the launch, Keith Woods, Puma’s senior product line manager for Teamsport Accessories, said: “This football will not only improve the overall game of left and two footed players, it is also the perfect training aid for the right-footed player’s weaker left-foot.