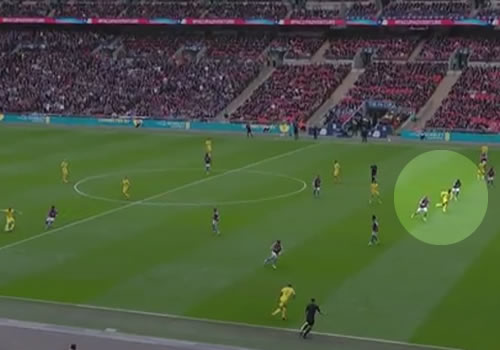 Brendan Rodgers could not hide his frustration after watching Mario Balotelli’s late goal ruled out for offside as his Liverpool side slumped to a 2-1 loss to Aston Villa in Sunday’s FA Cup semi-final.

Villa dominated proceedings in the second half and took the lead when Fabian Delph drilled past Simon Mignolet nine minutes after half-time.

Balotelli had the ball in the Villa net late on but was adjudged to be offside. Replays showed that the striker was onside, as Villa held firm to book their place in next months final against Arsenal.

“It was a very poor decision,” Rodgers told BBC Sport.

“The official is looking across the line and should see the full-back playing Mario at least a yard onside. You need that to go for you.”

Despite the controversial decision, Rodgers conceded that his team simply did not perform against the Villains at Wembley.

The Northern Irishman continued: “Dealing with the occasion is something we need to improve at. There have been other big games where we have dealt with that very well, but there are others where we haven’t.

“We need to focus on the performances and if we do that then normally get the victories. But today it wasn’t at the right level.

“Steven Gerrard had a header cleared off the line, but apart from that we were too passive.”

Liverpool’s next game is a trip to West Brom on Saturday.