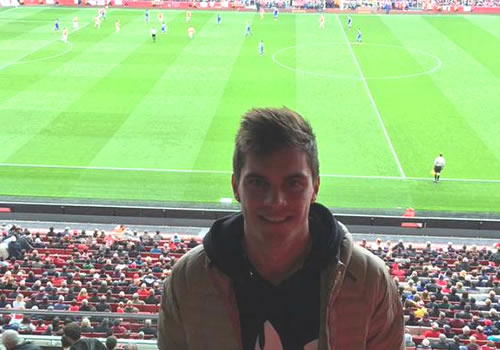 Nathan has reportedly confirmed that he has agreed terms and had a medical with Chelsea on Twitter.

The Brazilian midfielder has been heavily linked with a transfer to the west London club in recent days and fuelled the speculation by confirming that he had travelled to London to meet some of the Blues’ stars.

There has been no official confirmation that the 19-year-old, who currently plays for Atletico Paranaense, has completed his move to the west London club.

However, it appears that he is on the brink of becoming a Chelsea player, if his latest series of tweets are anything to go by.

He reportedly posted the tweet below earlier this month, writing: “Very happy!!! In London to sign my contract with Chelsea and take tests.”

The teenager then apparently updated his profile once again and on Monday, confirming he has met several Chelsea players.

Chelsea take on Leicester City in the Premier League on Wednesday night.