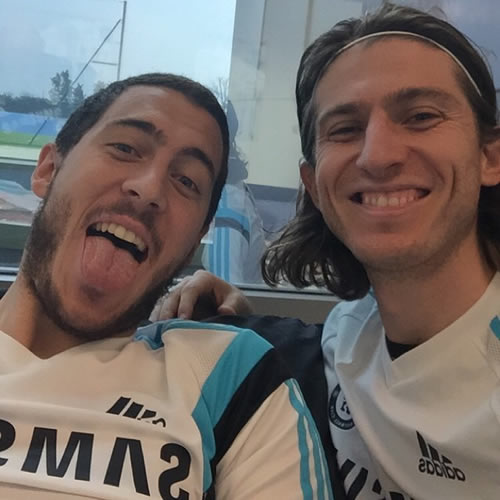 Real Madrid coach Zinedine Zidane has revealed that he is “keeping an eye” on Eden Hazard’s development at Chelsea.

The 24-year-old Belgian playmaker has been one of the Premier League’s standout performers this season and was last week named on the shortlist for the prestigious PFA player of the year award.

Hazard has scored 13 goals and made eight assists in 32 Premier League games for Jose Mourinho’s men to help them build a 10-point lead at the top of the table.

The attacker committed his long-term future to the west London club when he signed a new five-and-a-half year contract with the Blues earlier this year.

However, Hazard’s exceptional form has inevitably led to some admiring glances from some of Europe’s top clubs.

And former Real Madrid midfielder Zidane has revealed that he is a huge fan of Hazard, prompting speculation that the Spanish club could make a move to sign him in the future.

“There are players I keep an eye on and who I like a lot, like Lionel Messi and Cristiano Ronaldo, of course. They’re fantastic players, but I like Eden Hazard a lot too,” Zidane told Fifa.com.

“I enjoy everything he does on the pitch. I like the way he carries himself, that decisive streak in him and the fact that he’s improving every year. He can still get better too.

“I think he’s a big reason why Chelsea are on top of the table.”

Liverpool beat Arsenal as most popular team on Twitter in UK

Photo: Arsenal’s Mesut Ozil puts his feet up to watch the Champions League