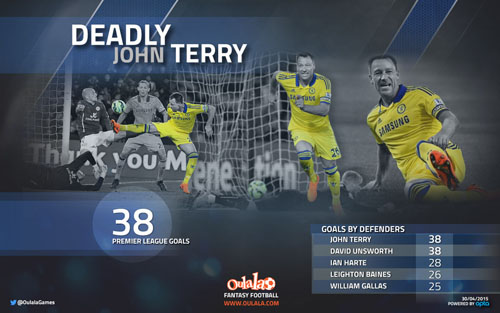 John Terry’s goal at the King Power Stadium in Chelsea’s 3-1 away win over Leicester City on Wednesday night was the 34-year-old’s fourth Premier League goal of the season.

The feat is made more impressive due to the fact that Unsworth was a regular penalty taker, with many of his goals coming from the spot.

The Chelsea skipper has now scored in each of his last 15 seasons and after a contract extension was agreed in March, it is only a matter of time until Terry takes the honour as the Premier League’s top goal scoring defender ever.