Daniel Sturridge: Why it’s been a difficult season for me at Liverpool 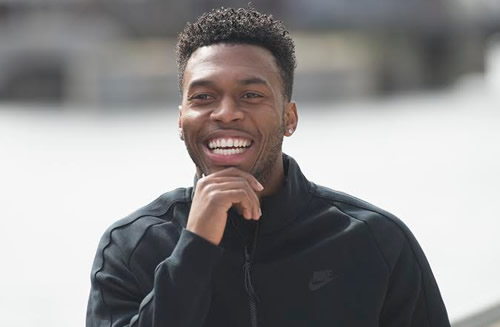 Daniel Sturridge admits that he has found it difficult to cope with his spells on the sidelines during a mixed season for Liverpool.

The England international missed a large portion of the opening stages of the campaign due to calf and thigh problems and only made his return to action for the Reds in January.

Sturridge has been limited to just seven Premier League starts for Brendan Rodgers’ men so far this season and has had to watch from the sidelines as the Reds have struggled to replicate last term’s fine domestic form.

However, the striker feels that Sunday’s FA Cup semi-final against Aston Villa represents a big opportunity for the Merseyside outfit to end a difficult campaign on a high by winning some silverware.

“For myself it’s been a difficult one in terms of being able to play but for the club it’s been difficult also,” Sturridge told BT Sport as part of its coverage of the FA Cup semi-final.

“We’ve not had a great season but we’re in a position now where we can finish in the top four and win the FA Cup. And if you had asked people at the start of the season if you can guarantee Champions League football and win some silverware they would have probably been happy.

“But at the same time with the season we had last season we came so close to winning the league we set the bar very high and sometimes it’s difficult to keep it replicating that.

“That’s what we’re working towards, being a team that can challenge every single season for silverware and for the title.”

Sturridge, who will be hoping to feature when the Reds take on Villa at Wembley on Sunday, has scored four goals and made one assist in 12 Premier League games for Liverpool so far this season.

Watch the FA Cup semi-final between Aston Villa and Liverpool exclusively live on BT Sport 1 from 14:00 BST this Sunday.